Meeting the Resource Efficiency Challenge in a Climate Sensitive Dryland Megacity Environment: Urumqi as a Model City for Central Asiat 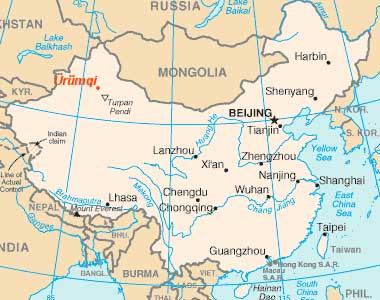 The objective of the transdisciplinary project is to develop strategies and tools for the sustainable development of a rapidly expanding metropolis in arid central Asia (Urumqi/NW China), so as to promote and guarantee current and future quality of life in this urban area. To reach this goal, key agents from the fields of research, local administrations and practice as well as business cooperate closely within the project. Over the course of the project feedback mechanisms are to be applied to accompany the developing process that will be taking place over the next 5 years. [read more] 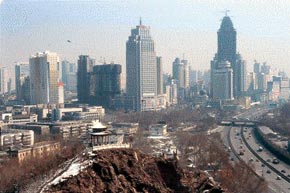 The research object is Urumqi, the capital of the autonomous region Xinjiang, located in north-western China and characterized by an arid landscape. With an annual economic growth rate of 17% for 2007, the region lies above the national average, which can be attributed to its abundance of valuable natural resources, especially coal, natural gas and petroleum. Because of the favourable economic conditions the population of Urumqi and the surrounding metropolitan area has been increasing rapidly for years (currently over 4 million inhabitants). These changes occur against the background of fundamental transformation processes in the social system, which are occurring throughout China.

The administrative merger of Urumqi and the surrounding Changji Hui Autonomous Prefecture will also imply major infrastructural changes, therefore exists now a window of opportunity for the actual operation and implementation of solutions developed by the project. The fusion of Urumqi City (population ca. 2.2 Mio.) with the neighbouring cities of Changji region (population ca. 2 Mio.) created on April 1st 2006 the new metropolitan area Uchang (population then over 4 Mio.) and will continue over the next years. This time overlaps with the duration of the BMBF Future Megacities Programme and offers the opportunity not only to outline, but also to implement future-oriented concepts and development alternatives as well as to monitor and to evaluate its consequences. A five year project phase also allows reshuffling when reorganizing is necessary.

The expansion of the agglomeration of Urumqi is causing environmental problems that are typical for cities in arid areas. Such cities are characterised by limited ecological resources as well as a high sensitivity and reactivity towards changes caused by nature (global change) and man (human impact). The sensitivity towards interior and exterior influences on urban life in arid areas affects all functional interactions between the social, economic and ecological dynamics. Despite the high potential risk involved, the conditions under which the process of urbanisation in arid areas takes place have been hardly explored so far. Urumqi, with its present dynamic development, is anticipating a process that other ambitious dry land metropolises are observing with great interest, especially in Central Asia (particularly in the former Soviet Republics), but also in the Middle East and on the edge of the Sahara Desert. For the project to meet its claim to be transferable to issues beyond the need for action in a given situation, management strategies, training programs and technologies should not only focus on essential key points, but at the same time be designed in an adequately flexible fashion. 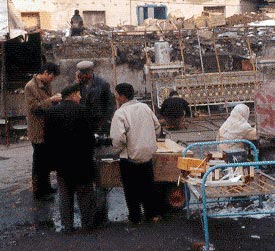 The population majority in Urumqi city are Han-Chinese, while the Changji region has more population of the National Minorities (Uygur, Hui, Kyrgyz, Kazakh, and Mongolian amongst others). The social structures differ from place to place; therefore, the close local cooperation with different stakeholder groups and decision-makers occupies a central part of the project. In the end, the tools developed during the project should contribute to improving the quality of life for the population and enhancing a sustainable economic development..

Focuses of the project 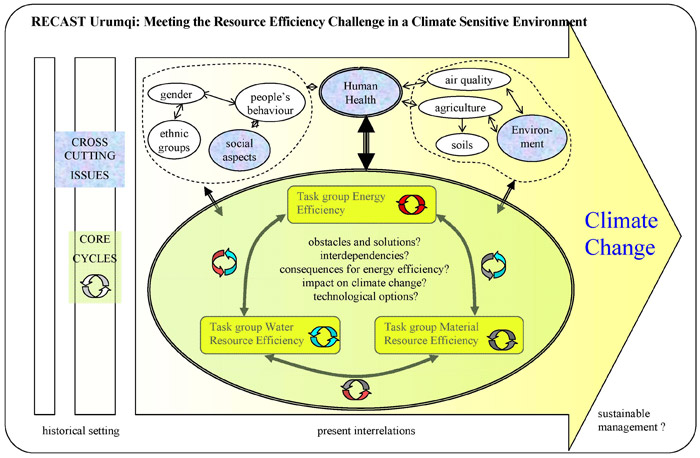 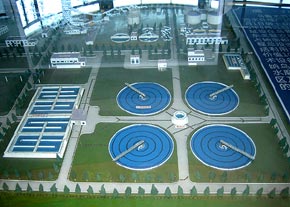 Due to the rising demand by industry, agriculture and households, the main focus is on the availability of and access to clean and healthy potable water. 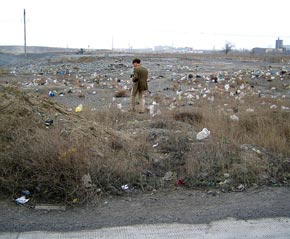 Project objectives are the minimization of waste in terms of quantity and contagiousness, the support of cycle-oriented waste management (development of carrying recycling concepts amongst others) as well as the overall improvement of the material resource efficiency. Where no further usage of waste materials is possible, environmentally friendly disposal is pursued. 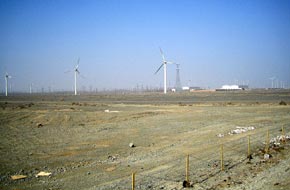 Focus of this project is on environmentally oriented energy production, transport and supply and especially its rational and economical usage. Furthermore, the usage of regenerative energies will be encouraged.

The project funding by the Federal Ministry of Education and Research of Germany (BMBF) initially covered a setup-phase of two years (September 2005 – August 2007). During this time contacts with the key Chinese partners in Urumqi and surrounding Changji as well as non governmental organisations and experts from economy and scientific research were intensified and the central needs of the population in the core cycles water, material and energy were identified. First concepts for each core cycle were developed. On May 1st 2008 the main phase began, it is planned for the period 2008 - 2013. 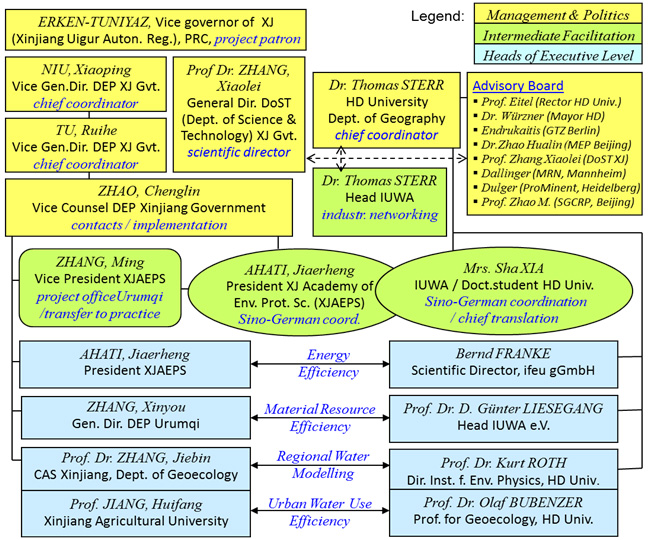 For the realization of the project goals, these responsible task group leaders were identified: