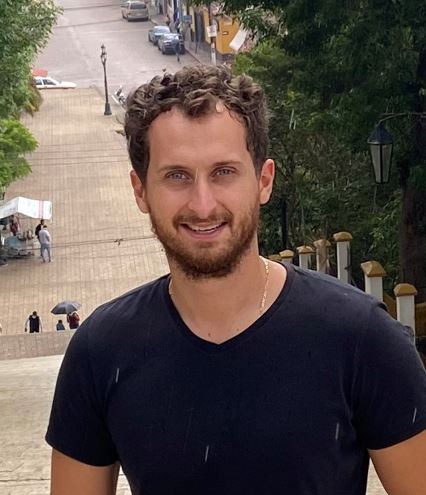 Hamid Alberto Abud Russell is a PhD student at the Geography Institute and a research associate of the Geographies of North America working group. He focuses on the unequal development at play in Latin American cities, with a particular emphasis on the impacts it has on mobility in, and between, the urban centers of the Yucatan Peninsula. This line of enquiry stems from his study of capital flow and overaccumulation, which he explored in his thesis Claiming the Backyard, during his time as an MA student at the Heidelberg Center for American Studies (HCA).

Hamid A. Abud R. studies space from a sociological perspective to understand the ways in which it both shapes and is shaped by groups and the individual. His focus on mobility is a direct result of his study of overaccumulation and the flow of capital, and how these codify the spaces they occupy and vacate. In the Yucatan Peninsula the latter manifest as investment or spoliation in areas such as housing, public transportation, access to food, and urban infrastructure.

In his PhD project, Hamid A. Abud R. focuses on the present conditions of public transportation in the Yucatan peninsula, the forces that have driven privatization, and its role in the construction and perpetuation of unequal development. The right to move as desired is hampered in cities where public transportation obeys the profit motive, and neglects mobility as a right. Bus routes evidence the restrictive range of motion available to workers, whose only journey is the repetitive path drawn to and from work. These restrictions limit the ability of all urban dwellers to have equal access to all aspects of their environment, it hampers their right to the city.