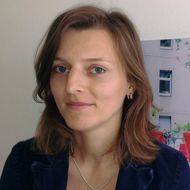 Julia Henke joined the Geography of North America working group in April 2013. She graduated from the Julius-Maximilians-University of Würzburg where she obtained a Geography degree with Sociology and Ethnology as minor subjects. In her diploma thesis she used GIS for both the visualization, and the analysis of potential crime patterns in Würzburg. To do so, she undertook qualitative and quantitative in depth analysis of registered criminal acts. After the completion of the Geography studies in Germany, she wanted to improve her GIS skills; therefore, she took part in a one-year M.Sc. in GIS and Remote Sensing at Aberystwyth University, Wales. For her master thesis she examined the relationship between human health, social deprivation and recreational areas in Wales. The work was part-funded by the European Social Fund (Access to Masters Funding).

Julia Henke's research interests involve the Geography of Crime including associated urban processes as well as man-environment relationships. In particular she is interested in the potential effect to humans, of the increasing degradation of ecosystem services and the loss of biological diversity.

Julia Henke PhD research deals with urban inequalities in the Creative City. In the past, scientific literature has provided evidence that high concentration on knowledge-intensive industries has overall positive effects on cities as a whole. However, current research has cast some doubt on the general positive effects. Furthermore, critics argue that urban inequalities are increased when knowledge-intensive industry is present, due to the one-sided focus on education, creativity and social networks. The PhD project deals with a comparative analysis of six different cities, located in Europe and North-America. The research objectives consist of analyzing aspects of marginalization and fragmentation both quantitatively and qualitatively in the observed six cities. As part of the international pilot study on “Urban Inequality in the Creative City”, the project is supported by the Mobility Programme of the Excellence Initiative II.