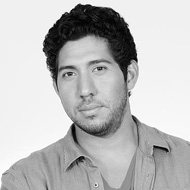 Robert Lemon is a visiting professor for Human Geography at the Institute of Geography and the Heidelberg Center for American Studies at Heidelberg University. He is a cultural and urban geographer with a passion for landscape studies. As an urban geographer and environmental designer, he has studied extensively the social practices and built transformations of cities through their aesthetic representation. But it is his love for the visual arts, and innovative design processes that motivates his work.

In addition to academic pursuits, Robert is a filmmaker. He has produced and directed two documentaries. His latest documentary feature, Transfusion, tells the story of a Mexican woman’s migration to Ohio, her struggle for American citizenship through her street food practices in an all-black neighborhood in Columbus, and the foodways from San Luis Potosí. Robert finds film rewarding because artistic visual representations on social issues can reach larger audiences than a journal article would.

Robert is foremost a contemporary cultural and urban geographer. His academic expertise is on space, place, and landscape through the lens of human mobility. He looks at socio-spatial practices as landscape patterns, and the ways in which social practices continuously construct new meanings within the built environments they inhabit. His work cuts across food performances, Latin American migration and practices, communication geography, landscape contestation, neoliberalism, cosmopolitanism and the right to the city. Although Robert's primarily research focus is on American urban landscapes, he also studies the social and cultural dimensions of cities in Latin America and Europe.

Robert teaches human geography at both the undergraduate and graduate level. His courses primarily address social issues related to geographic concepts of space, place and landscape. The structure of his classes are often in the form of a lecture/ discussion hybrid. In other words, Robert has open-ended lectures where students are encouraged to contribute to a larger conversation about the topic at hand. Additionally, Robert’s courses focus on topics that are both of interest to students as well as relevant in contemporary geographic discourse. Whether Robert is teaching on topics of food, film, or cities, Robert strives to get students to see differently and to think critically about the social processes that produce their everyday environment as well as better decipher the myriad of meanings social spaces may represent.

To enroll please use the LSF or contact Sona Sykorova.