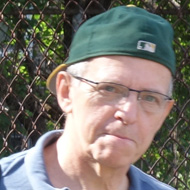 In winter term 2016/17,Professor Wilson holds a Max Kade Visiting Professorship at the Geography Department and the Heidelberg Center for American Studies at Heidelberg University. David Wilson is professor for Human Geography at the Department of Geography & Geographic Information Science at the University of Illinois at Urbana-Champaign. He holds the chair of Cities and Metropolitan Areas. Additionally, he is affiliate professor for African American Studies and Urban & Regional Planning as well as at the Unit for Criticism and Interpretative Theory. Wilson received his Ph.D. from the Department of Geography at Rutgers University and holds a master’s degree from Temple University. He teaches and conducts research on cities and urbanization in the United States and the Global West. His most recent books are The Politics of the Urban Sustainability Concept (2015, Common Ground), Urban Inequalities Across the Globe (2015, Routledge), and Cities and Race: America’s New Black Ghettos (Routledge, 2007). He is currently completing a book on Chicago’s new gentrification frontier and its invasion of blues clubs on the city’s South Side. Wilson has sat on the editorial boards of Urban Geography, Social and Cultural Geography, Professional Geographer, Acme: the Radical Geographical Journal, International Journal of Spaces and Flows, and Syracuse University Press Series.

David Wilson’s research focuses on cities of the Rust Belt and their political and economic developments. Current projects analyze urban growth regimes and the racializing of contemporary issues such as crime. Further, he examines how politics of certain discursive formations generate both gentrified neighborhoods and neighborhoods in poverty.

As Max-Kade Visiting Professor, David Wilson will give several lectures and talks at Heidelberg University (e.g., Marsilius-Kolleg: Decmeber 12, Heidelberg Center for American Studies: December 15) as well as a seminar on the Social Geography of the American City which is open for American Studies and geography students.