Religious Tourism in Turkmen-Sahra, Iran: A study on the forms, impacts and significances of the visits to Khāled Nabi shrine

Religious Tourism or Pilgrimage with about two to six hundred million national and international religious and spiritual travels worldwide, is one the important, but rather ignored forms of tourism. Worldwide, numerous cities are created and developed only base on pilgrimage and travel of religious motivated visitors to these places.

For Muslims, pilgrimage plays a great role especially in their social life. From North Africa, the Middle East to Central and South(-East) Asia, shrine pilgrimage is a common sight among the Muslims. Numerous Sufi lodgings (khanegahs), shrines, schools, mosques, tombs (mazars) and mausoleums of Muslim saints, martyrs, Sufi-masters and other holy men and women, attract millions of pilgrims, who travel substantial distances to these centers. In Iran, religious pilgrimage has a long tradition. Numerous often pre-Islamic sacred places exist in the country. Among the most practiced forms of religious pilgrimage are the visits to several thousands of shrines, which are known in Iran as Ziyāratgah (lit. place of visit) or Imāmzādeh. One of these Ziyāratgah is the pre-Islamic shrine of Khāled Nabi (also known as Halat Nabi), which belong to a legendary Christian Missinor of the 6th A.D. The shrine lies in the northeastern Iranian province of Golestan, in a region called Turkmen-Sahra.

This research project seeks to investigate different cultural and economic aspects of the visits to Khāled Nabi shrine. Moreover, with investigating the tourism-pilgrimage activities at the shrine, the possibilities of the classification/categorizing of the visitors at the shrine, according to their motivations and behavior will be examined as well. In addition, because of the geographical location of the shrine which located in the border of the so-called Turko-Persian cultural milieu, the possible similarities between the shrine of Khāled Nabi and some of the shrines in Central Asia will be accounted. Finally, in order to reach a sustainable tourism and pilgrimage at the shrine, some suggestions will be presented. 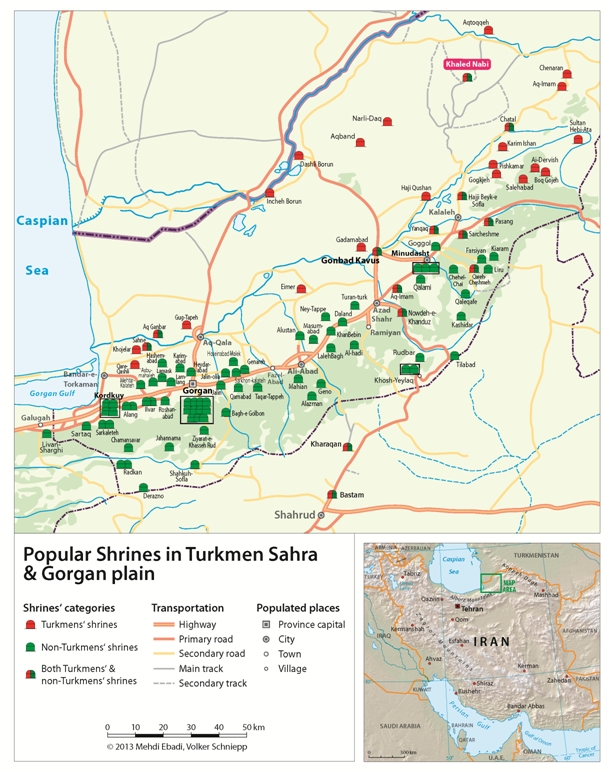 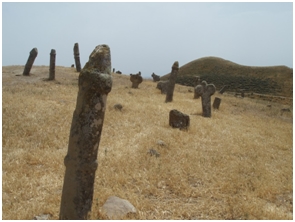 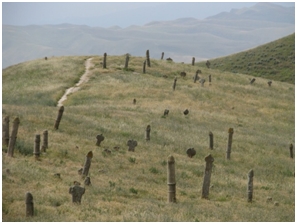 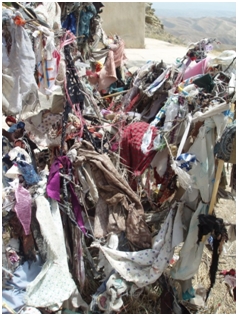 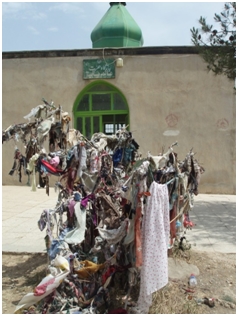 The tied rags in different forms and colors at the Shrine of Alim Bābā. Sources: Ebadi