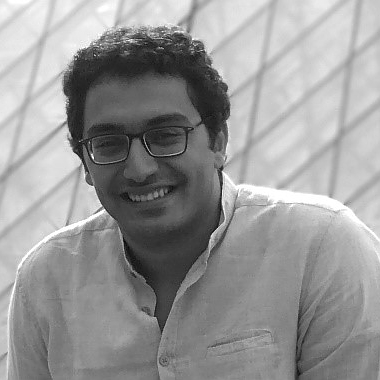 Ahmed Bakry is an architect and urban planner. He got his BSc from Ain Shams University, urban planning and design department (UPD) July 2012 and joined the integrated urbanism and sustainable deign master’s program (IUSD), which is a double master’s degree between Ain Shams University and Stuttgart University. During this time, he started his work on integrating local ethnic groups in the process of regional planning and bridging the gap between government, planners (practitioners), academia and society.

Between 2016 and 2019 he worked as lecturer assistant at UPD, and as researcher at IUSD Cairo in various research projects, all related to regional planning and regional governance.

Bakry started to work on his PhD at the Institute of Geography in April 2019. His research is funded by the Higher ministry of education in Cairo (MHESR) and the DAAD respectively. In his PhD he is trying to tackle the regional developmental for the border regions from culture networks point of view. His work is based on theories of regional planning, peripheral regions, and cross-border communities. He aims do develop an analytical and developmental framework that enables a better understanding of socio-culture processes in cross-border regions.

The research project is focusing on combining three arenas together “regional planning theories, cross-border ethnic communities, and cross-border and peripheral regions”. The combination of these three arenas together is underrepresented in the literature. The distinct ethnic border communities have various spatial effects on the regional development and the constitution of these cross-border regions. They share distinct cultures with high level sameness and interactive culture networks. If these aspects and assets are considered, the status quo of the border region possibly better changes, and can be converted to a functional nodal one. The aim of the project is, firstly, to develop an analytical framework for understanding and measuring of culture spatial networks of cross-border ethnic communities and, secondly, to develop recommendations for action for regional development in complex, cross-border regions. The project is measuring the culture aspect from a territorial and relational/network perspective, after redefining the culture from anthropology and sociology point of views. Several attempts tried to tackle the culture aspect in regional studies, however only from territorial artifacts view. The research is an explanatory type and based on an empirical application led approach. The results are based on a data set, combining qualitative and quantitative information. The research works on hypothesis, which assumes that, if a cross-border ethnic communities exist in a border case, they might have higher culture loads and indexes in both territorial and network perspectives. This allows the border citizens achieving high border interaction levels, territorial cohesion, and high integration. As well as this might work in easing the spatial development and the barriers faced in the border regions.
It can be reviewed here. 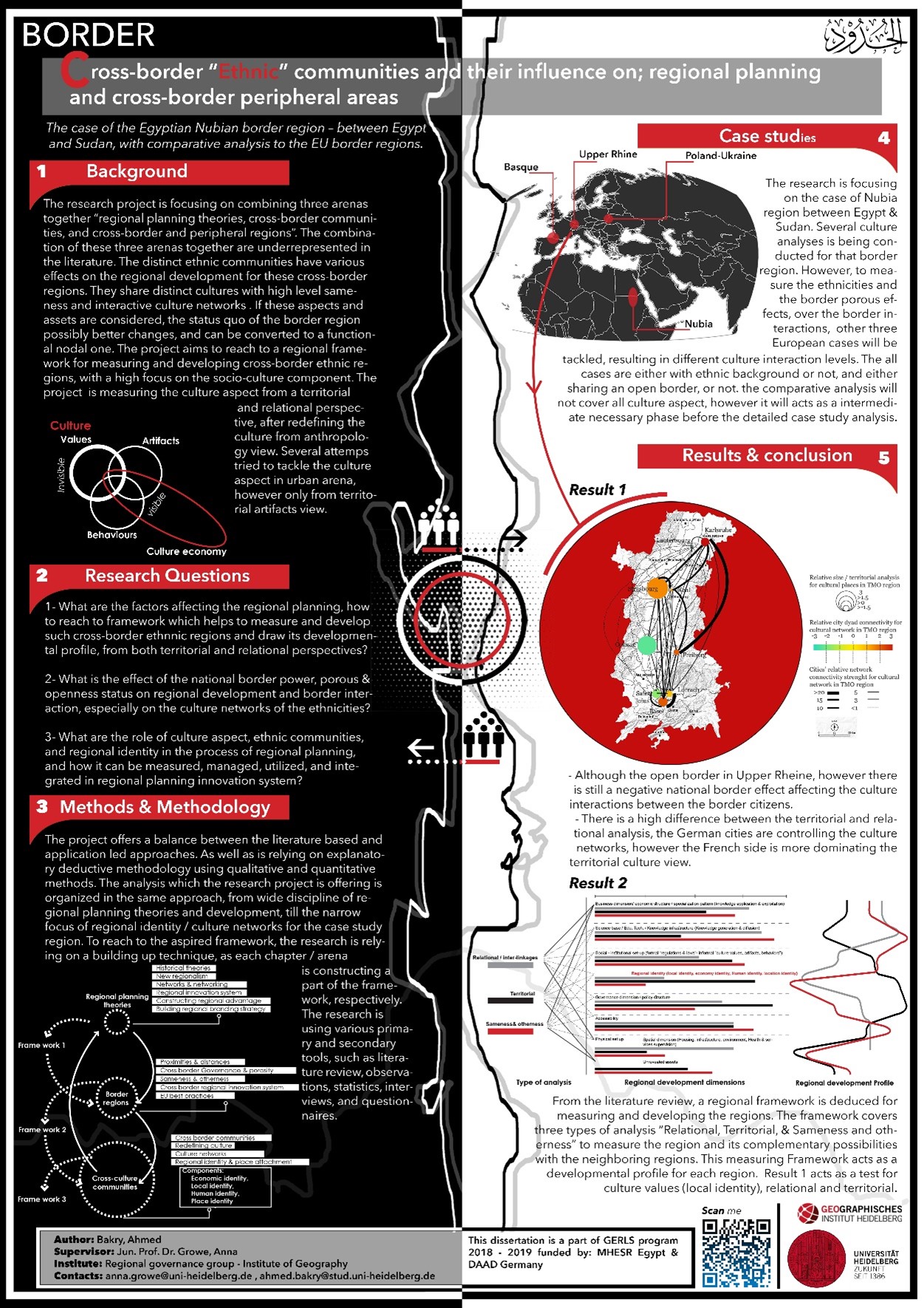