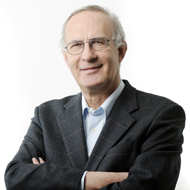 Peter Meusburger had the Chair of Economic and Social Geography at Heidelberg University from 1983 to 2007. From 2007 to 2017 he was Distinguished Senior Professor.

1997–2006 he organized the Hettner Lectures. He was editor of the series Knowledge and Space and of the “Wissenschaftsatlas” of Heidelberg University.